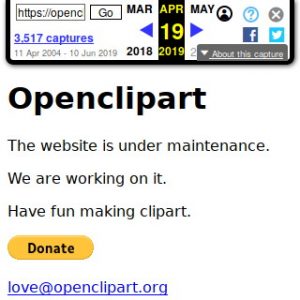 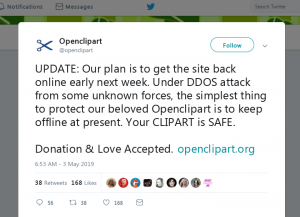 Firefox 57 (Quantum) is missing a font from it’s newtab page and from fonts from other pages fail to display; here’s a quick fix. Update: turns out to be a sandboxing issue (see end).

If you’ve just installed Firefox 57 like me (on Kubuntu 17.04) you may be a little disoriented – it’s different. 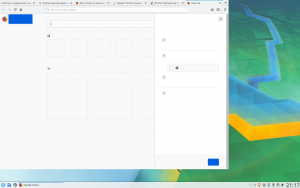 For me it was a little too different the about:newtab page, set as my start page (see image), lacks a font it’s instructed to use. Here’s how to work around that.

Which font is missing?

So, I’d just updated to Firefox 57 and assumed that maybe it wasn’t finding one of my fonts for some reason. Using the developer tools we can see the font SegoeUI is missing: END_OF_DOCUMENT_TOKEN_TO_BE_REPLACED

Some perfume works as a bug repellant

Perfume might work but DEET or Lemon repellants work better.

In other news that would be a good science-fair project.

Comments Off on Some perfume works as a bug repellant
Tags: bugs, mosquitoes, perfume, repellant, science

Using iscan for linux with a networked Epson

It’s been a couple of years now that I’ve had iscan installed. Today I wanted to do some high-resolution scanning so I thought I’d try and get it to work as I imagine it might be the best tool to interface between my Kubuntu 13.10 GNU/Linux distro install and my Epson Stylus SX535WD [update: still using same printer-scanner-copier with Kubuntu 16.04, this method still working]. That W in the model number shows I have a wireless connectable Epson. Over wifi I have no problem printing or scanning using the default tools and with the “epkowa” drivers from Epson but attempting to use iscan (“Image Scan! for Linux”) would give an error:

“Could not send command to scanner. Check the scanner’s status.”

In essence I did “sudo nano /etc/sane.d/dll.conf” and made the file there read:

with no other (uncommented) entries. Previously it had an epson2 entry which I think may have been confusing things.

Then I made sure that the /etc/sane.d/epkowa.conf file new where on the network to find my printer. I gave the printer a fixed IP when I installed it, X.X.X.10 [use the proper network address for your printer, not this placeholder]. END_OF_DOCUMENT_TOKEN_TO_BE_REPLACED

Update on my posts on duplicati: fixed version for Google Drive won’t install on WinXP  but version 2.0.0.79 can be installed and works with OneDrive.

Duplicati is now updated to version 2.0-preview as linked from “latest” on their GitHub page. Meanwhile version 2.0.0.86 has been fixed to work with Google Drive where previously it was failing due to Google Docs (sic) updates.

END_OF_DOCUMENT_TOKEN_TO_BE_REPLACED

The most likely maths behind the alleged petrol-pump price scam being reported on Facebook.

On Facebook usually if a post starts “Ok so I’m not normally one to share things like this but…” then it’s down to some marketing genius trying to dole out product links cloaked as hot tips. So, when I saw this post I assumed that it was something along those lines. Instead (at first look at least) it appears to be a report of over-charging for petrol:

“Now I heard about garages starting to clock the pumps to charge you more than advertised so I started putting the test to the theory and low and behold…they were right! Charging me more for my fuel…Bast**ds! Now I can’t belive I never actually checked this before!
As you can see, 1 Litre should cost 123.9 pence, when I put exactly 1 Litre in it came to 125pence!”
(Attila ッ Boros, unedited, via Facebook)

So, is this for real. And if it is why would the company advertise the “scam” right there on the pump for everyone to see?!? END_OF_DOCUMENT_TOKEN_TO_BE_REPLACED