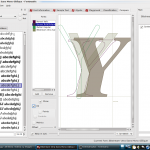 Well. Fresh from installing Fontmatrix 0.5.0 from SVN and it’s rocking my socks. It ticks nearly all, if not all, the boxes as far as what I need from a font manager. Here are a couple of screenshots (from KDE 4.2 beta on Kubuntu) showing some of the innovative features implemented.

Details on compiling at the end. 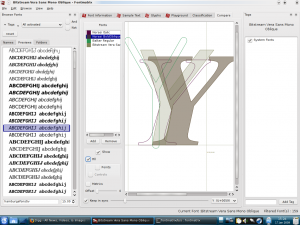 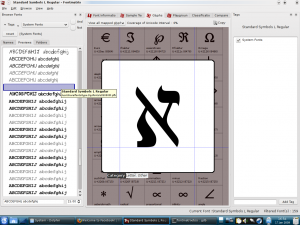 viewing characters in a symbol font 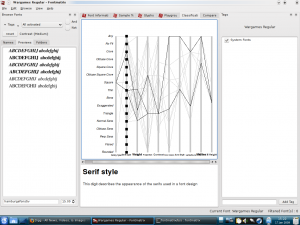 Note that where the # is the following words are a comment only. Aptitude is a front-end to “apt” which manages installation of packages in Ubuntu and automatically installs needed dependencies. This step accounts for the installation fontmatrix-term-uniq2.

If you then wish you can go on and install it either by typing “sudo make install” from the “build” directory or using a utility like “checkinstall” which can make a package from the app and help you keep your system clean and tidy.

So far I’ve not really used this app, just installed and looked over it. When I come to choosing fonts for my next design project, then I’ll know how easy and useful it really is.

Couple of minor glitches for me. One was that the font book feature (under File > Export font book) couldn’t find the XML template because I haven’t installed the app yet .. so that doesn’t really count as a bug. The other was that I couldn’t adjust the size of the left-hand “browse fonts” pane initially. Again this could be my window manager. I detached the pane and reattached it and it all works properly now. 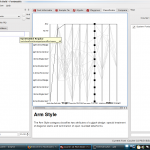 The only proper problem I found was that as previews can show a limited number of glyphs some fonts get a blank preview line. This can mean for some selections (eg using the classification filter as in the image here) a null return is apparent when in fact there is an invisible entry in the list. Again, not insurmountable, a border or bullet marker at the start of each font preview would fix it.

So, in summary no real bugs for me, a solid looking application – well done to the Fontmatrix team!