First thoughts on new internet access speeds provided by fibre-to-the-premises. This is an enlarged version of a submission to HN. 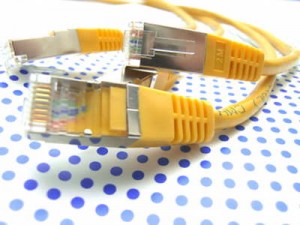 The move from dialup rates of 28.8kbs to ADSL (broadband) rates of 2Mbps changed the internet experience markedly from being largely static to allowing streaming video. It has also  coincided with an apparent move towards the web (hypertext over HTTP over TCP/IP) and away from other protocols like gopher (which also sits atop TCP/IP).

From a mainly textual start the web has gradually become a rich multimedia globally accessible interface. The greater bandwidth available to carry data to end users has enabled rich media sites like YouTube to take off as well as making the sharing of static images and music (Flickr, GrooveShark, etc.) extremely easy and efficient. Now, for those in areas with broadband (>1Mbps) access to the world wide web, socialising that relies on the communication of large volumes of multimedia content or near-instantaneous text or voice communications (IM apps like AIM or GTalk and VOIP like Skype) has become commonplace.

The web but 200 times faster

The new “fibre to the premises” (FTTP, wikipedia) moves up to a potential domestic rate of 400Mbps meaning that a 6GB video disc can be transferred in 2 minutes. The first customer for FTTP has now been connected in the UK reporting speeds up to 92.7Mbps. The move from dialup to ADSL was about a factor of 70 increase in speed and moved us from text to video. Now we’re moving up by possibly a factor of 200, that 92.7Mbps is around the same magnitude of increase that most in the UK will have experienced moving to broadband.

Well, where’s this heading. The move up to video was sort of there already. Videos could be downloaded over dialup, I downloaded my first Linux install on a 14.4kbps modem, but this sort of thing was slow. If a whole DVD’s worth of data can be had in 2 minutes, what then? Note that the current domestic HDD transfer rates (for SATA) are up to a theoretical 6Gbps so FTTP network transfers are still going to be lagging behind local disk access,no pun intended (and that’s not to account for latency in initially establishing the connection and starting to receive the first data in the stream).

What sort of tech is this advance in speeds going to bring along? Speeds of 1Gbps are already being touted, 8 seconds to transfer a GigaByte of data. Note that Blu-ray video, 1080p, is only 40Mbps – you could watch 2 Blu-ray videos streamed in full quality over that first UK FTTP connection.

Will we all be using 3D interfaces, will having hard disks at home become a thing of the past, will all application code be delivered over the ‘net on the fly? Dare I say … is computing moving into the cloud?